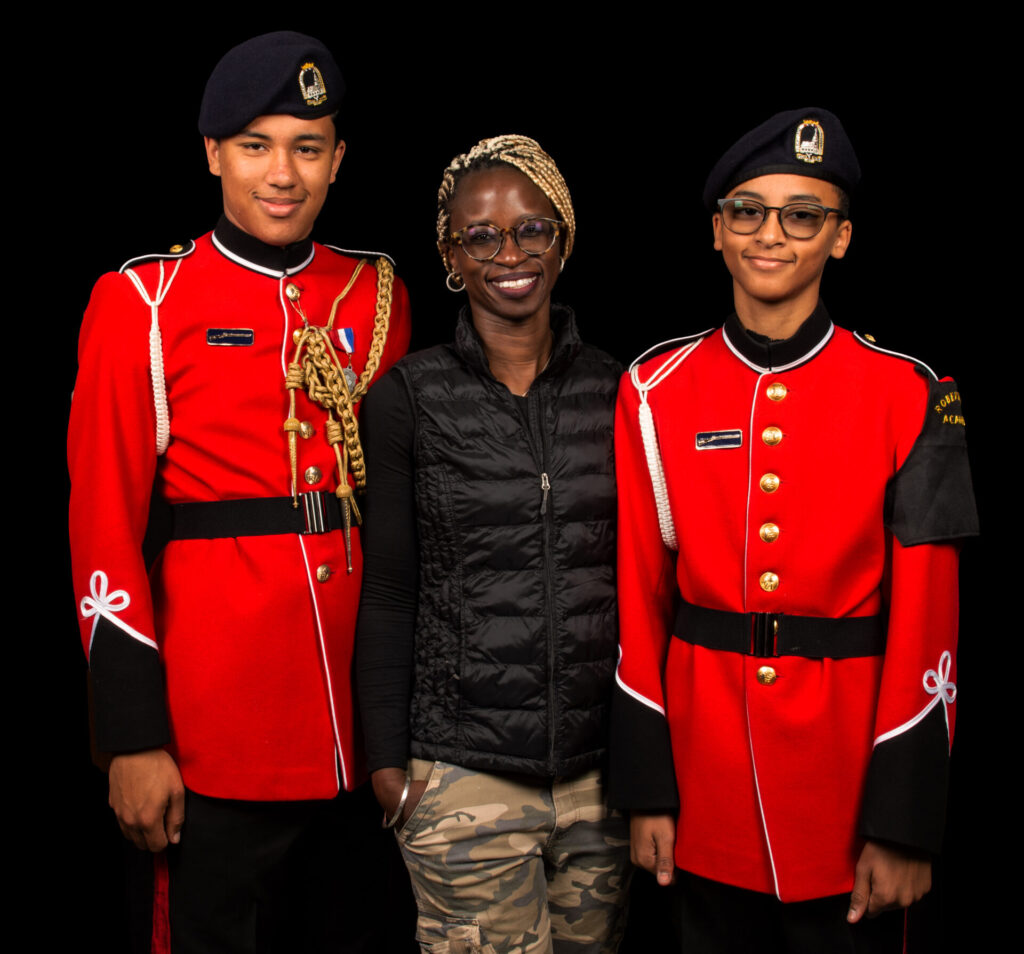 Choosing the right boarding school program for your child can be difficult.  Four of our current families open up about their decision to choose Robert Land Academy, sharing their experience and highlighting why they entrusted the Academy with their son’s development. 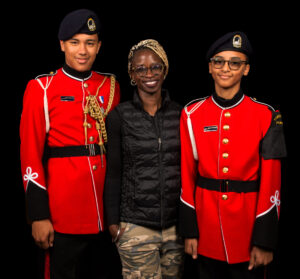 I chose Robert Land Academy the first time based on the information I received from a previous parent whose son had attended the school. I recognized that my son needed a more rigorous structure than he was getting in his school at the time.

Q: After time away from the Academy, you decided to re-enrol your sons at the Academy.  Why did you choose to return Dafydd and Pedran to the Robert Land Academy?

Dafydd and Pedran left the Academy during the pandemic. They went back to their old school, where they had been missed, and seemed to settle in without too many challenges. However, it was clear that their academics and future orientation declined markedly. The return to RLA was a decision that was clearly necessary to get them back on track and give them the best chance at meeting their potential.

Q: Thinking back to when you first sent your sons to the Academy, what was the most challenging part of your decision?

The most challenging part was handling the natural fear and anxiety around sending my son (later both) away for school, and wondering if it was indeed the right thing for him. His first stand down home showed that it was the right decision, as did his own eventual assessment of the benefits of his time there. 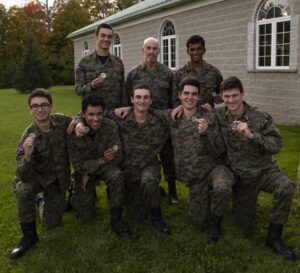 I had to focus on my belief that as a parent I had to be able to face uncertainty in pursuit of excellence. My job is to give him (them) the best possible start to life as an autonomous and competently independent adult, one who understands the connection between independence and interdependence. I believe both my sons have that potential, and my faith in their future is strong enough to make the pursuit of that future a goal for them and for me.

I would strongly encourage anyone whose son is struggling in traditional education, either with motivation, attention, focus, ambition or challenging behaviours to give RLA a try for at least 3 months. It is an investment for sure, but probably the best investment in terms of returns. This investment will only grow in value. Money itself is useless unless deployed to make an impact and leave a legacy.

My son has ADHD and learning disabilities.  He had been in a specialized program for 3 years prior to going to RLA that had a very low academic standard.  I knew that he would have quite a challenge transitioning to Grade 9.  He would need a structured environment as well as regular exercise at a moderate to high intensity so that he could focus better and sit quietly.  Cell phones and video games were like a drug to him and caused increased distraction and attention problems.  Sugar and junk food also contributed to distraction and hyperactivity.  He may also need remediation for Math and English, as well as tutoring assistance. I also wanted him to have a higher academic standard to aspire to so he could have more options for careers in the future.  It would be very difficult for me to create a learning environment at home which included all these features without considerable stress and anxiety for myself and my son.  RLA seemed to incorporate all the features of this “ideal” environment in their program so we began to seriously consider it as an option.

Q: What part of the decision to send your son to Robert Land Academy was the most challenging? 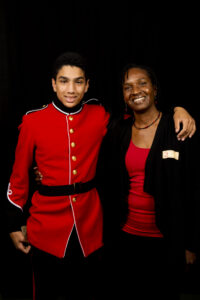 The most challenging part of the decision was sending my son away from home.  The fact that the school was military inspired was initially challenging because of my own misconceptions about what a military environment was like.  After talking to the admissions department to gain a deeper understanding, I realized the structure, need to pay attention to detail and intricate consequence and reward system that were all parts of the military model would be ideal for my son.  It would hopefully improve his focus and give him confidence and pride in his achievements.

There were multiple things that helped me overcome the fear of sending my son to boarding school.  I enrolled my son in the Niagara Adventure Camp for 1 week.  My son enjoyed this overnight camp and when I went to pick him up, he asked if he could stay a second week.  Although this was not possible, I realized he was comfortable staying on the RLA campus.  His only complaint with the camp was that there was too much supervision which was music to my ears.  The staff at RLA were helpful in answering many of my questions.  I also spoke to parents of current students and parents of alumni.  The drop off process for new students was a half day process, where we were able to have lunch with our son, meet other parents and staff, listen to a detailed information session and ask questions.  I was unexpectedly peaceful driving home after dropping him off the first day due to that process.   I felt that the school was a great support when I had questions or needed an update.  The weekly letters from my son and the freedom to email him letters through an online parent portal was also helpful. 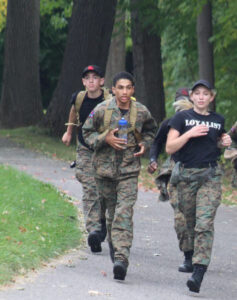 I would advise new parents to ask many questions, especially the hard questions.  Talk to people who have had experience or have knowledge of the school.  This may include educators, current students, alumni, parents of current students or parents of alumni.  I would also recommend taking a tour of the school in person if possible.  When I did all these things, I found that the majority of the feedback that I got about RLA was extremely positive!!

Q: Your son, Jerry, has attended the Academy since the beginning of this school year.  What is the most significant change you have noticed in this short period?

After 2 months at RLA, the most significant change I have seen is that my son is eager to do well in school and is working hard to improve his marks.  This may seem small but we have been trying to promote this change for at least 3 years. 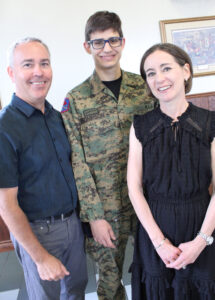 We were very intrigued by the small class sizes and educational support that was available to all of the boys at Robert Land Academy.  In addition, we really appreciated the structured environment that is part of the Academy’s program.

Q: What part of the decision was the most challenging?

Without question, we struggled with the idea of our son living away from home on a day-to-day basis.

We really looked at the program as an investment in our son’s future.  In order for our son to have the best chance of success in the future, we knew he needed this program from a structural as well as academic perspective. 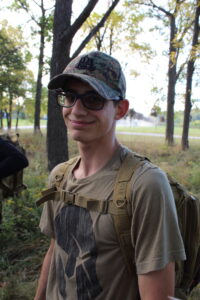 Q: Nick has been a student at Robert Land Academy since November 2020.  What is the most significant change you’ve noticed since their enrollment?

Without question, the most significant change has occurred around Nick’s academics. Prior to enrolling at Robert Land Academy, completing homework was always a challenge. Now, completely on his own, Nick completes his homework. As a result, Nick has taken a greater interest in his studies.   Academically, Nick has improved significantly.

I appreciated the highly disciplined, structured approach of the Academy.  In particular, the distraction-free environment with no access to personal electronics interested me.  The Academy prioritizes academic success, physical fitness, and character development.  Having a daily routine incorporating physical activity makes me feel confident that the Academy is looking after my son’s well-being. 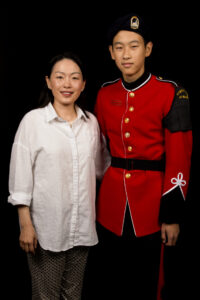 Q: What part of the decision to choose Robert Land Academy was the most challenging?

We were concerned that we weren’t going to see him for a long period of time.  It was difficult not knowing how well he was doing or if he was adapting to the environment.

We did our research before selecting the Academy.  We consulted prior graduates, attended the open house, and came for a private tour.  Once we enrolled our son, the biggest relief came when Stephen earned weekly Skype calls.

I highly recommend Robert Land Academy.  This is a place where my son has matured, growing from a boy to becoming a young man.  Try not to be overwhelmed by your feelings, you are sending your son to a place where they can learn values that will last throughout their lifetime.

Q: Your son, Stephen, has attended the Academy since March 2022.  What is the most significant change you have noticed? 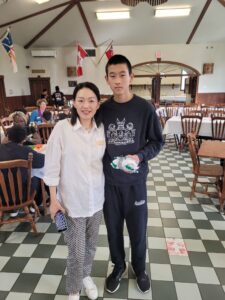 His maturity.  Stephen now sets goals for his future and works towards them.  He recognizes what is good for his life, even if it is uncomfortable, and he proactively pursues these positive goals. Even though we see him less, we have much more meaningful communication than before.